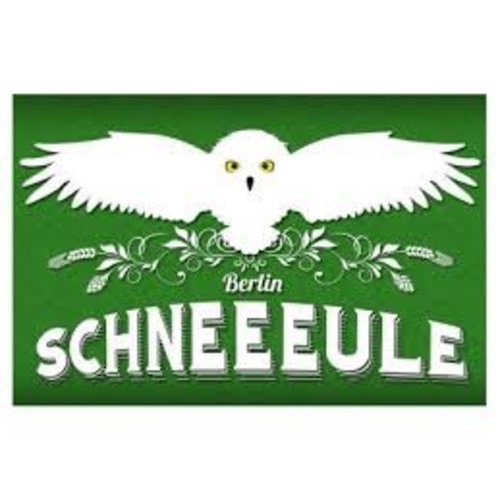 The Schneeeule Brewery was founded in 2016 by Master Brewer Dipl. Ing. Ulrike Genz. After years of developing the recipe and thorough scientific study of the topic of the Berliner Weisse as a part of her Degree at the TU Berlin, in the spring of 2016 it was finally time and the brewery Schneeeule Berlin was founded. Finally, Berlin has a brewery producing original Berliner Weissr. The goal of the Schneeeule Brewery is nothing less than to give Berlin a piece of it’s culture back: Berliner Weisse. After both devastating world wars, the beer once known far beyond Berlin’s borders as the “Champagne of the North” is now almost only available as barely drinkable mass produced industrial beer. The reputation of the once National Drink of Berlin has been ruined. Master Brewer Ulrike Genz is doing her utmost to change this and to return the Weisse where it belongs; in every Bar and Restaurant worth its name in Berlin, and in a proper glass. All Beers brewed by the Schneeeule Brewery are bottle fermented with Brettanomyces and have matured in the bottle for at least 2 months. Just as it was done 150 years ago.